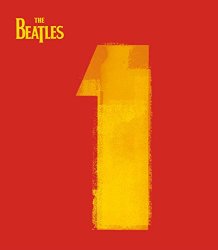 The Beatles '1' was originally released in 2000 and quickly became the fastest selling album of all time. Featuring 27 of the band's most significant singles, all of which reached #1 in the US or UK charts, this brand new Blu-Ray edition features all 27 promo videos, all of which have been beautifully restored up to 4K resolution by a team of film and video technicians and restoration artists who have undertaken painstaking frame-by-frame cleaning, colour-grading, digital enhancement and new edits that took months of dedicated, 'round-the-clock work to accomplish. This stunning Blu-Ray also includes exclusive audio commentary and filmed introductions by Paul McCartney and Ringo Starr respectively, and also features fantastic new stereo and 5.1 Dolby Digital and DTS HD surround audio mixes by Giles Martin and Sam Okell at Abbey Road Studios.