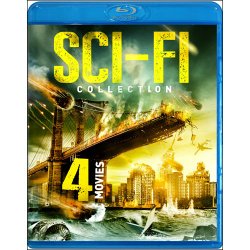 Megafault When a deep seismic fault is triggered in America's heartland, seismologist Amy Lane and Charley "Boomer" Baxter must race to predict the fault's direction and warn the millions in its engulfing path. Starring Brittany Murphy and Eriq La Salle. Population 2 As the only human being in a post-apocalyptic world, Lilith is completely alone with only her memories. Every day, she relives the way her people were betrayed by a corporation that promised to keep them safe and the way she was betrayed by her husband. Fire From Below In the town of Lost Lake, all reports seem to indicate an earthquake has just occurred, despite the absence of a fault line. If it's not an earthquake, what could cause this kind of damage? Seismologist Jake Denning (Kevin Sorbo) is about to find out. A Thousand Kisses Deep When an old woman in her building jumps to her death, Mia's peek into her apartment reveals not only a sheltered old soul, but also a connection to her own life. Soon, she is sucked into a trip back in time, revisiting her past as a bizarre witness to her history of missteps and mistakes. But as she goes deeper and deeper into her personal problems—including a tumultuous relationship with the handsome Ludwig—the outcome of her exploration, and her life, becomes much more uncertain.