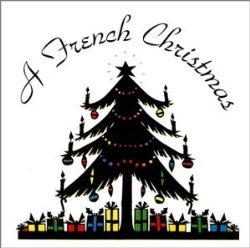 A French Christmas is a 14 song album of familiar and traditional carols sung in French by an American singer. Former Epic Records artist CC Couch, has toured in France, opened at the Zenith for Yannick Noah and Carl Perkins, and was featured at the Salle Georges Brassens. All guitar work and productions are by Teddy Irwin, an Emmy winning musician, who has toured with Petula Clark, Bette Midler, Doc Severinsen, Demis Roussos, B.J. Thomas and Roy Buchanan, as well as having performed on records of artists such as Neil Young, John Lennon, Jimmy Buffett, and Randy Travis. Teddy has produced and played on his own Christmas album called Three Guitars-A Guitar Christmas. A French Christmas was arranged and orchestrated by Jack Cortner, who has done orchestrations for Barry Manilow, Marvin Stamm and Johnny Mercer s Dream on Broadway. He also wrote the theme song, which ran for seventeen years, for the television show, As the World Turns. He has since released two jazz CDs of original and standard compositions, Fast Track and Sound Check.