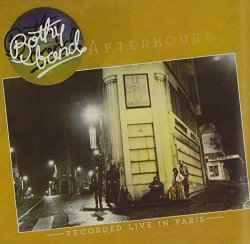 There was no doubt in anyone s mind that siblings Míchaeál Ó Domhnaill and Tríona Ní Dhomhnaill, rhythm genius Dónal Lunny, piping king Paddy Keenan, flute virtuoso Matt Molloy, and brilliant fiddler Kevin Burke stood at the very summit of the Celtic music a group admired by all, imitated by many, surpassed by none. It was inevitable that the group would record a live album (in that bastion of Celtic music, Paris, France!) producing a wild, uninhibited set of music, played with verve, and captured with truly great sonics.

Do you want ot get the After Hours (Live in Paris)?