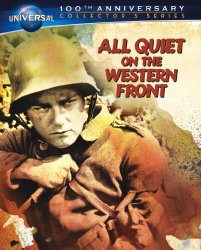 Relive the drama, conflict and power of one of the most influential anti-war films ever made, All Quiet on the Western Front, featuring a new restoration from the original film elements to showcase stunning picture and sound in celebration of Universal‘s 100th Anniversary. The studio’s first Best Picture Academy Award winner follows a group of idealistic young men as they join the German Army during World War I and are assigned to the Western Front, where their patriotism is destroyed by the harsh realities of combat. The hard-hitting, timeless masterpiece returns with stunning visual enhancement to its deserving place in film history.