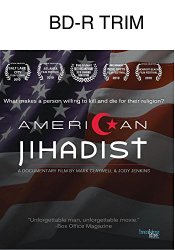 American Jihadist American Soldier. Family Man. Jihadist. Isa Abdullah Ali is a person of many identities and contradictions but from his youth he was a bullied boy growing up in America's capital. At fifteen he joined the American army and as a young man he converted to Islam and fought alongside the Amal militia and Hezbollah in Lebanon. Though the details of his past are murky, Isa claims to have killed more than a hundred and fifty people in the fight to defend his faith. Through Isa's own words and those of family members, psychologists and political experts, this award-winning documentary tries to uncover the social and personal influences that can lead an individual down a path to radicalism. "American Jihadist" reaches beyond easy labels to grasp the nuances behind one man's decision to fight and kill for his religion.>