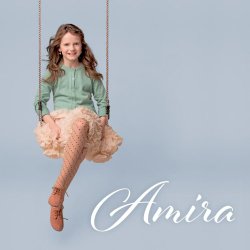 Last November, after a stunning audition for Holland s Got Talent, Amira's performance of "O Mio Babbino Caro" went viral, touching millions of people worldwide. Even Simon Cowell tweeted that Amira is a "total star." She went on to win the talent contest and is now set to release her debut album, Amira. Originally from the Netherlands, Amira, who is only ten years old, taught herself to sing opera by watching videos on YouTube and imitating the "big voices" she saw on her computer. After convincing her parents to audition for Holland's Got Talent, the adventure began and shows no signs of stopping. Amira's debut album is a collection of big opera classics, featuring "Nessun Dorma," Ave Maria," "Nella Fantasia" and, of course, "O Mio Babbino Caro."

Do you want ot get the Amira?