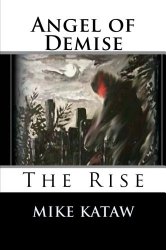 Mark Hitcher is the best independent criminal profiler in the country. He travels from Haledon,New Jersey to Toledo, Ohio, on short notice to help the FBI find a few abducted young women and a serial killer as time is running out. But Hitcher gets the shock of his life when he discovers that the city is experiencing an unprecedented epidemic of brutal murders. To top things off, his anxiety disorder is reaching its peak. Hitcher tries his best to locate some clues as he fights his own demons. At the same time, he must deal with a shady homicide detective and an egomaniac FBI profiler. Eventually, he loses touch with reality and finds himself in the middle of a war between right and wrong, real and fake, holy and unholy. Instead of solving the puzzle, all he can do is try to survive, but will that be possible,once he becomes the number one suspect?