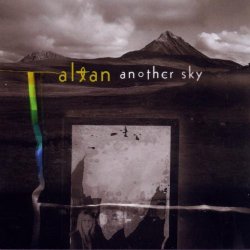 Altan hails from the same part of Ireland as Clannad. But while that other County Donegal band has turned to middle-of-the-road pop, Altan walks down a more traditional path of Irish music. It's one connected to the revival begun when the Bothy Band and Boys of the Lough rediscovered an Irish musical tradition deeper than "Danny Boy." Like those forbears, Altan is more raucous, less ethereal, and relies on simple acoustic instruments and live performance to get their heritage across. That doesn't mean they're a musty repertory band, dusting off Irish curios like antique-shop keepers. Altan infuses their songs with a new vitality, led by the breathy voice of Mairéad Ní Mhaonaigh, who sings in English and Gaelic. She and Ciarán Curran wrap twin fiddles around songs like "The High Fiddle Reel." On the many slow airs, including "Island Girl," Altan creates a rippling accompaniment of bouzoukis, guitars, flute, and accordion to Ní Mhaonaigh's voice. Altan is a welcome relief from the over-produced new Celtic music of recent years. --John Diliberto

Do you want ot get the Another Sky?