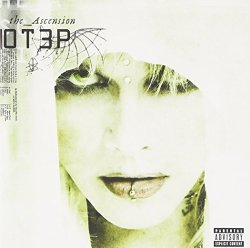 2007 album by this band led by riveting front-woman Otep Shimaya. Otep has long been considered one of Rock's most extraordinary live experiences. Having completed work on The Ascension (the band's third and best album to date), the band fell victim to label corporate re-shufflings. Temporarily side-tracked, the band hit the road with Static-X while their business got worked out. Upon their return, having been courted by several Majors, the band decided to go Indie and sign with Koch Records, putting them firmly in control of their own destiny. Produced by Dave Fortman (Mudvayne, Evanescence), The Ascension is a heavy duty masterpiece. 13 tracks including 'Breed' and the hidden bonus cut 'Adrenochrome Dreams'.