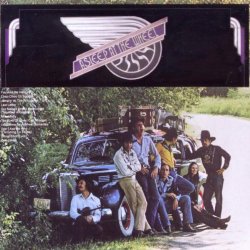 Digitally remastered edition of this 1974 album from the Western Swing band led by Texas singer and guitarist Ray Benson. Tthis self-titled release was to move them further forward with the success of the Louis Jordan cover "Choo Choo Ch'Boogie", which charted on the country charts and gave them a wider audience. Asleep at the Wheel are now an institution but when this album was recorded they were young pioneers, leading the way into a fresh direction that took inspiration from the past, merging it with an approach that was definitely state of the art. 11 tracks. Cherry Red. 2010.

Do you want ot get the Asleep at the Wheel?