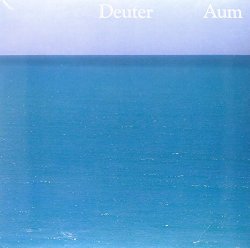 A mix of eastern and western styles, acoustic and electric instruments and musique concrete, the German-born Georg Deuter has been sharing his unique style with the world since an early brush with death prompted him to pursue a music career in 1970. Over the years Deuter, who now lives in Santa Fe, has followed his own spiritual path around the globe, releasing dozens of albums in the New Age genre, including 2010's 'Mystery Of Light.' 1972's 'Aum,' originally released on the German Kuckuck label, however, was more of a krautrock affair, combining the sound of the ocean with sitar, flute, guitar and drums to create a meditative mantra-like groove.