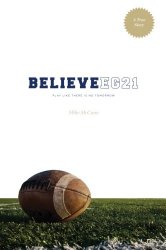 The 2005 Charleston Southern University football team was poised for their best season in school history. The Buccaneers earned a school-best 5-5 record in their preceding season. It was the first time the program had achieved a non-losing status. At feat with which everyone on campus was satisfied. Everyone, that is, except the team. A gap no less than 100 football fields stands between non-losing and winning. The endless buckets of sweat and the occasional splatter of blood were never shed for non-losing seasons. Those were for wins. The early morning runs and the sacrifice of a “normal college experience” wasn’t for mediocrity, they were for greatness. This unrest is what fueled us during the program’s most important offseason. We were stacked with offensive weapons and defensive playmakers. Emerging leaders like Eddie Gadson pushed the team to improve during 5:30 a.m. workouts and player-led practices throughout the spring. Our attitude blurred between cocky and confident. But that all changed when tragedy struck a few short weeks before the season was slated to begin. Our worlds were shocked and a wound was delivered to us like we had never experienced. As pride morphed to humility, our confidence gave way to something bigger: the ability to believe. The ability to believe in each other. The ability to believe that a football team can provide healing. The ability to believe, against all odds, that the last place team in the conference could have a chance to play for a championship. The ability to believe in something bigger than ourselves. This is the story of the 2005 CSU Bucs. This is how we learned to believe.

Do you want ot get the Believe EG21: Play Like There Is No Tomorrow?