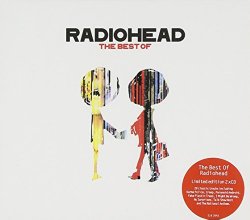 Special two CD pressing of the 2008 release, the first-ever career retrospective from the British band featuring a bonus disc containing 13 additional tracks . The band started out with a bang when their single 'Creep' wowed the music industry. Instead of fading out with a succession of 'Creep' rewrites like their contemporaries, Radiohead has continued to reinvent themselves with each new release. This collection spans their first decade and features 30 of the band's most popular tracks including "Creep," "Karma Police," "High and Dry," "Fake Plastic Trees,", "No Surprises" and "Paranoid Android".

Do you want ot get the Best of?