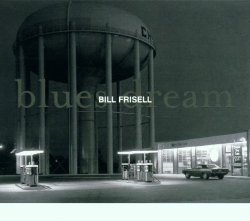 It was on Frisell's critically-lauded Quartet album of 1995 - with its cover art by Thomas Hart Benton - that his compositional style took its most palpable turn toward a personalized brand of Americana. Foregoing a rhythm section and adding horns, he fashioned an ensemble sound that ultimately owed more to the chamber music tradition than the jazz group. On his subsequent projects, beginning with the milestone Nashville, Frisell placed his compositions in the hands of seasoned alt-country players who interpreted the roots-inflected aspect of his writing with richly-hued virtuosity. These varying collaborations - heavily seasoned with country and rock - have resulted in the best-selling albums of the guitarist's career, and several seasons of much-praised roadwork. On this 2011 effort, Frisell combines personnel from both these phases of his career, and intertwines them in an outstanding set of new compositions that add yet another dimension to an aristry in its prime.