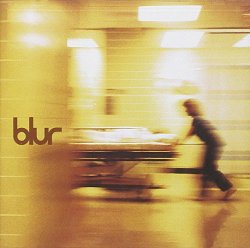 Blur (1997), the 5th studio album from British pop/rock band Blur, broke wildly with the sounds of their previous album, The Great Escape, whose wild success had catapulted the band to international fame. Feeling that the Britpop mantel painted on them was limiting their creative capacity, Blur went lo-fi and added more alternative rock to their sound, stunning critics and fans alike. What appeared was a mixture of short punk, haunting instrumentals, and eccentric pop which displays the bands penchant, and ability, to buck trends and do so with joy and verve. The lo-fo production lends a very unique sound to the album - a sound which propelled it to the top of the US and UK charts. Best known for the hits, 'Beetlebum' and, 'Song 2,' Blur is a deep, amazing adventure into the minds of its band members, and shouldn't be missed by fans.

Do you want ot get the Blur?