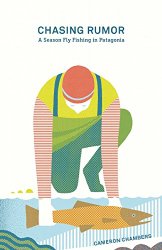 A blip of prosperity at the turn of the 20th century brought American trout to Patagonia, then for a half-century they were forgotten to fight wars and build a nation. Rediscovered by fishermen a half-century later, the fish had grown to epic proportions. In Chasing Rumor, Cameron Chambers chronicles his modern-day pilgrimage to the rivers of Patagonia in pursuit of these legendary 20-pound trout. What started as a trip focused on catching fish became a love affair with the Patagonian landscape, environment, and, mostly, the people. From a business mogul turned B&B owner to a kid determined to save a local trout population, Chasing Rumor is at times the story of a handful of fishermen, and at other times a tale of enormous trout.