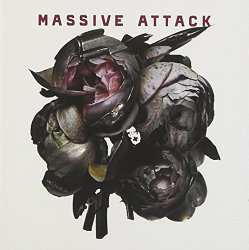 With their critically acclaimed albums clocking up 9 million sales worldwide, a clutch of awards and a new album due for release in early 2007, the time felt right for a Massive Attack Best Of, an apt reminder of their musical legacy to date. The album, entitled "Collected" and will feature all their key tracks and the new single 'Live With Me'. The ltd edition will include the main disc and a bonus dual-disc featuring additional new tracks, un-released material, rarities, remixes, all of their videos to date, including the new single and are rare live footage The album release is preceded by the new single featuring Terry Callier on vocals released on 13th March and it sees a return to a more soulful sound for Massive Attack, while retaining the lush production of their more recent albums. The video will be directed by Jonathan Glazer. Massive Attack will be playing a series of live dates and festivals throughout the summer and autumn of 2006, details of which will be announced in due course. Emi. 2006

Do you want ot get the Collected?