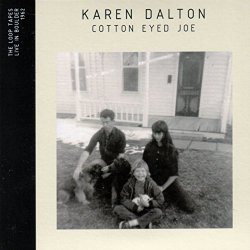 Deluxe 2CD+DVD featuring previously unreleased 1962 live reel-to-reel recordings, remastered at the Abbey Road studios. Karen Dalton was one of the most fascinating singers of the 1960's New York folk scene, a genuine cult figure and an influence on such famous friends such as Bob Dylan, Fred Neil, Tim Buckley or Tim Hardin. Her second LP, "In My Own Time", was reissued to great critical acclaim by Light In The Attic Records in 2006. "My favorite singer in the place was Karen Dalton. Karen had a voice like Billie Holiday's and played the guitar like Jimmy Reed." - Bob Dylan"She is my favorite female blues singer." - Nick Cave"Without a doubt, she is my favorite singer." - Devendra Banhart"She sure can sing the sh*t out of the blues." - Fred Neil