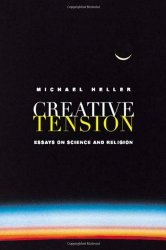 The voice of a renowned professor of philosophy in Poland, who is also a Roman Catholic priest, is introduced to the United States in this collection of his provocative essays on the interplay of science and religion. Michael Heller progressively outlines systematic steps that might lead to a peaceful coexistence of these traditionally separate fields of study. Some essays have their roots in the author's work in physics and cosmology, while others present his theories on the language of God, creation, and transcendence, inspired by his work in the applications of so-called noncommutative geometry, an emerging field of study.The book is organized into four sections, each preceded by a brief introduction explaining the order of the essays and their internal logic. Part one deals with methodology, evaluates the theological interpretation of scientific theories, and proposes a program for a "theology of science." Part two looks at the interaction of science and religion from a historical perspective. Topics include the evolution of ideas connected with the place of man in the Universe and the evolution of matter, among others. Part three concentrates on the "creation and science" quandary, including the big bang theory and the role of probability and chance in science, well as their impact on theological questions. Part four looks for vestiges of transcendence in contemporary science. Creative Tension joins the Templeton library of resources contributing to the growing global dialogue on science and religion.