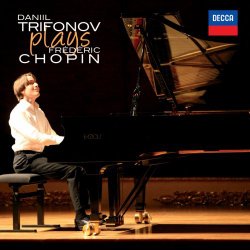 During Chopins years of exile, from late 1830 to his untimely death in 1849, piano composition seemed to be theway of setting onto paper the spontaneous flow of improvisation, but also a moment of reflection before carrying out the following step. A symbol of this retrospective and critical outlook is the mazurka of Op. 6 and 7, his calling card for the Parisian publishing market. The traditional Polish mazurka, in ternary rhythm, is characterized by astrong accent on the weak beats (the second and above all the third). It often contains rhythmic ambiguity,chromatic passages, empty fifths evoking bagpipe droning; rather than by the major/minor polarity, the harmonyseems influenced by ancient ecclesiastical modes, especially the Lydian.Unlike the polonaise, the art mazurkastill maintained during the early 1800s a connotation of Slavic exoticism that made most Western listeners shudder (in horror or delight, according to their taste). The Berlin critic Ludwig Rellstab wrote about Chopin: Inthe search for dissonance that unsettles the ear, laborious passages, lacerating modulations, loathsome shifts in melody and rhythm, he is untiring and, we might say, inexhaustible.