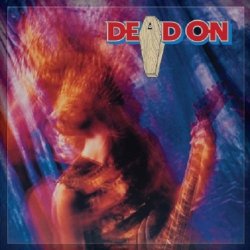 Nine tracks of immaculate, sometimes macabre, American heavy metal. Inspired by classic acts like IRON MAIDEN and MERCYFUL FATE the band also infused influences of the thrash/speed metal dominated era to develop a style that was all their own. Not necessarily aggressive enough to be called thrash, but much heavier than the classic styles of heavy metal - this was Dead On. The album has been out of print for years, but now with the release of this limited Dead On (Deluxe Edition) not only do fans get the classic album and three music videos, but also their All Four You EP, unreleased cover of "Turning Japanese" plus ultra rare demo tape, "The Limit." for the fans, by the fans.

Do you want ot get the Dead on?