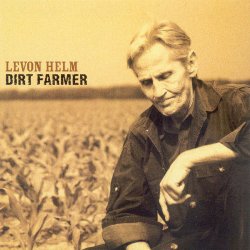 Rock and Roll Hall of Famer Levon Helm's Dirt Farmer will be releasedOctober 30 by Vanguard Records, his first solo, studio album in 25 years. The organic feel of the sessions hark back to his work with The Band and comes on the heels of a wave of attention for his Midnight Rambles, late night concerts held at Levon Helm Studios in Woodstock, NY. It's a major landmark on a remarkable journey for Levon Helm. "The last few years have proven to me that we truly live in an age of miracles," writes Levon in the poignant liner notes. After arduous treatments for throat cancer that took away his singing voice and a fire that consumed over eighty percent of his recording studio, Helm was amazed to find both restored. On Dirt Farmer, Helm's pays tribute to his family, singing traditional songs that he learned growing up in rural Arkansas. He also covers songs by Steve Earle and J.B. Lenoir; full of Dobros, mandolins and acoustic guitars, the album resonates deeply, honoring Levon's roots. Multi-instrumentalist Larry Campbell (Bob Dylan, Lyle Lovett, Solomon Burke) and Levon's daughter Amy, also a member of Ollabelle, produced and shepherded the project at "The Barn," Levon Helm Studios. Levon himself plays drums, mandolin, and acoustic guitar and provides all lead vocals.