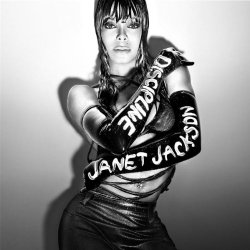 2008 album from the R&B sensation. Janet says 'In putting Discipline out front -- as both the title of the album and title of a song about sexual surrender -- I wanted to announce that I was venturing into new creative waters. That meant working with producers like Jermaine Dupri, Rodney Jerkins, and Ne-Yo, whose songs spoke to the immediacy of my emotions. Like all my records, this one, whether intentional or not, has autobiographical roots. It's difficult for me to work any other way. I don't feel it, if I don't believe it, I can't sing it. I believe that discipline has given me the confidence to jump out of the nest. When L.A. Reid, Chairman of Island Def Jam, and I discussed co-executive producing this record, we both agreed that the feeling had to adventuresome and fresh.' Features the first single 'Feedback'. Island.

Do you want ot get the Discipline?