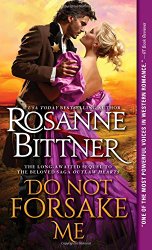 Chance brought Miranda and Jake together. Now, the strength of true love is tested against a past that he can't leave behind.Miranda Hayes' life was changed the day she faced down infamous gunslinger Jake Harkner...and walked away with his heart. Their fates have been intertwined ever since. Hunted by the law, fleeing across a savage land, their desperate love flourished despite countless sorrows. Now, twenty-six years later, their family has finally found some measure of peace...balanced on the knife's edge of danger.Jake has spent his years as a U.S. Marshal atoning for sins, bringing law to the land he once terrorized. But no matter how hard he fights the demons of his brutal past, the old darkness still threatens to consume him. Only Miranda keeps the shadows at bay. But when outlaws looking for revenge strike a fatal blow, Jake risks losing the one woman who saw past his hard exterior and to the man inside.He always knew there'd be the devil to pay. He just never realized he might not be the one to bear the ultimate price. An emotional saga from the "QUEEN OF WESTERN HISTORICAL ROMANCE" that will captivate fans of Debra Holland, Jodi Thomas, Diana Palmer, and Linda Lael Miller. The Outlaw Hearts Series: Outlaw Hearts (Book 1) Do Not Forsake Me (Book 2) Love's Sweet Revenge (Book 3-coming September 2016)What readers are saying about Do Not Forsake Me:"...a dynamite epic that will be long remembered.""Truly the heartwarming epic and long awaited sequel to the beloved Outlaw Hearts we all have waited 20 years to read.""Do Not Forsake Me is a sensually woven love story, action packed, emotionally driven in ways you can't comprehend, and utterly stimulating!!""Once I got started reading Do Not Forsake Me, I struggled with putting it down... I just had to know what happened next! And what a ride I took!""Yet another book that will end up on my keeper shelf."What reviewers are saying about Do Not Forsake Me:"The strong flavor of the Wild West combines with a beautiful love story, creating a true saga of the era.""A refreshing view of enduring love that survives the dangers of the Old West.""There was not one chapter that did not keep me engrossed"What everyone is saying about RT Book Reviews Career Achievement Award–winning and USA Today bestselling Author Rosanne Bittner:"Power, passion, tragedy, and triumph are Rosanne Bittner's hallmarks. Again and again, she brings readers to tears.""Ms. Bittner has a way of bringing the pages and characters to life which pulled me right in from page one and I hated having to put it down for even one second.""If you like authentic American West romances with in depth characterizations Rosanne Bittner is your author.""Rosanne Bittner has a way of weaving a story into your heart so that you can't help but love the characters and feel like you truly know them!""We are very lucky to be living during a time when the true Queen of Historical Romance...keeps delivering epic novels that are forever engraved in our hearts."

Do you want ot get the Do Not Forsake Me: A heartwarming and powerfully moving western historical romance (Outlaw Hearts Series)?