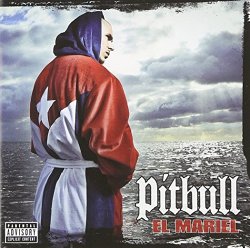 He's one of the hardest working artists from what many call the "305" or "the Bottom." Pitbull's singles such as "Toma," "Culo," "Everybody Get Up," "Dammit Man" and more are still club and radio hits. His classic debut album, "M.I.A.M.I." is gold and still selling as Pitbull continues to constantly tour across the country, performing to thousands of satisfied fans every week. Since 2004, you've also have heard Pitbull as an in-demand guest artist bringing his inimitable Miami Cubano stylin' on hits and remixes from labelmates Lil Jon and Ying Yang Twins to Daddy Yankee, DJ Khaled, Nina Skyy, T.O.K., Nelly Furtado, and many more. "El Mariel", Pitbull's sophomore release has already yielded the radio & club anthem "Bojangles" and will include production by Lil Jon, Mr. Collipark, Jim Jonson, Wyclef Jean and the Neptunes and guest shots from Fat Joe, Bun B & Cubo, Wyclef, Latino star Ken-Y, DJ Khaled, Rick Ross, Ying Yang Twins & of course Lil Jon. With a second Latin influenced rap single, "Ay Chico" breaking before the album is released and more singles to follow, stay tuned because as Pit is fond of saying onstage, "we about to get wild!"

Do you want ot get the El Mariel?