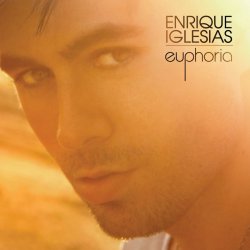 2010 album from the Latin superstar. His most diverse, eclectic collection to date, Euphoria is the first Enrique album to feature songs sung in both Spanish and English, and, says Enrique, ''is like nothing I've ever done before. It taps into so many different styles of music - it's been really exciting for me to experiment and explore new territory.'' Euphoria is the perfect name for a collection of songs all about setting your problems aside and having some fun. The album boasts guest appearances from artists such as Usher, Akon, Nicole Scherzinger, Puerto Rican Reggaeton duo Wisin & Yandel and the legendary Lionel Richie. Features the first single 'I Like It'.