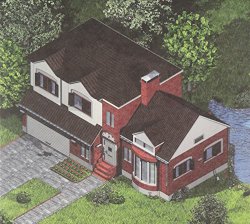 David Byrne and Brian Eno have paired up for their first record together as co-writers since the highly influential and critically acclaimed 1981 release My Life in the Bush of Ghosts. Everything That Happens Will Happen Today is the culmination of a year s worth of writing, recording, and travelbetween New York and London.Everything That Happens... was conceptualized during a visit to Brian Eno s studio after the two reconnectedupon Nonesuch Records re-release of Bush of Ghosts. Byrne explains, ''I recall Brian mentioning that hehad a lot of largely instrumental tracks he d accumulated, and since, in his words, he hates writing words, I suggested I have a go at writing some words, and tunes over a few of them, and we see what happens.''Thus the two began exchanging vocal and instrumental tracks, and the transatlantic collaboration began.Everything That Happens...features Byrne s lyrics and voice alongside Eno s various electronic tracks.''When we started this work, we started to think we were making something like electronic gospel: a music where singing was the central event, but whose sonic landscapes were not the type normally associatedwith that way of singing,'' says Eno. ''This thought tapped into my long love affair with gospel music, which,curiously, was inadvertently initiated by David and the Talking Heads.''