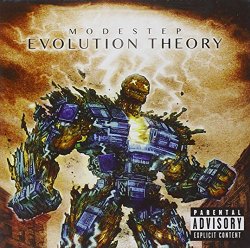 2013 debut album from North London Dubstep-Rock band Modestep. Containing all their hit singles - 'Sunlight,' 'Feel Good,' 'Show Me A Sign,' and 'To The Stars', plus new single 'Another Day' (featuring Popeska), Evolution Theory was written, recorded and produced by Modestep. Aside from the singles, other album highlights include the immense, hook-heavy 'Burn', featuring Dirtee Stank's Newham Generals, and the intense 'Praying For Silence' (featuring Document One), written about the 2011 riots. Modestep vary the pace with the spacey dub-rock of 'Time,' the lighters-in-the-air epic 'Save The World' and awesome title track 'Evolution Theory' (featuring D Power, Jammin, Frisco & Jammer) which builds from down tempo, grime beginnings into a full-on Dubstep monster. Cohesive yet continually surprising, Evolution Theory promises to take Modestep's thrilling, genre-hopping music to the masses.

Do you want ot get the Evolution Theory [Explicit]?

Rosenrot
Getting Away With Murder
Dear Mr. Fantasy Featuring the Music of Jim Capaldi and Traffic
Silent Night: A Christmas in Rome
Nifelvind: Tour Edition
Remasters