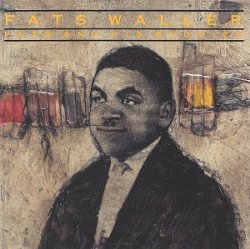 When he died in 1943, Harlem-born Thomas "Fats" Waller had taken all he'd learned from his mentor, the ragtime-stride pianist James P. Johnson, and established a reputation as an instrumentalist/songwriter/performer that dwarfed Johnson's, casting a long shadow over subsequent keyboard giants, including Erroll Garner, Count Basie, and Art Tatum. Though Waller's first recordings brought stride piano into the musical mainstream, they barely hinted at the greatness looming ahead. Waller's ascendancy began in 1927. Over the next two years, well documented here, he worked with small combos populated by many of the preeminent instrumentalists of the day, laying the foundation for the towering artistry he would deliver in the 1930s with the group dubbed Fats Waller and His Rhythm. Even the lesser moments here--primarily four songs recorded with the Louisiana Sugar Babes (featuring James P. Johnson on piano, with Waller on the pipe organ)--feature fascinating if cautious interplay and solos by cornetist Jabbo Smith and multi-instrumentalist Garvin Bushell. The cream of the cuts are those credited to Fats Waller and His Buddies, dating from March 1929, with Waller joined by the likes of Gene Krupa, Jack Teagarden, Pops Foster, and trombonist Charlie Irvis, who later would play a pivotal role in the development of Duke Ellington's "jungle style." Although deferential to his inspired accompanists, Waller's engaging, witty solos point the way to the outsized personality that blossomed in his music over the next decade. --David McGee