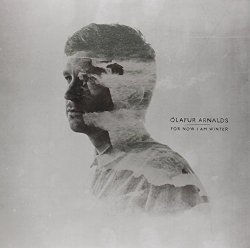 The major label debut of Icelandic composer Olafur Arnaldss features 12 original breathtaking surreal tracks.On this album, composer Nico Muhly provided orchestral arrangements, and for the first time Arnalds introduces vocals to his soundworld. Icelandic singer Arnor Dan can be heard on four tracks.Fresh off lauded performances at Iceland Airwaves, including an intimate KEXP live broadcast performance, Arnalds continues to steadily build a reputation as one of the worlds most bright and able young composers. On his past outings and last studio album ...And They Have Escaped the Weight of Darkness, the basis was almost always piano and strings with electronic embellishments. Now the dynamic has shifted, with Arnalds thinking in terms decidedly more poppy than before. I think its by far the best thing Ive done. Im really happy that I made this decision to try something different.The concept of evolution and seasonal change is one which has been ever-present in his music. Here it continues both musically and conceptually - a personal evolution as a composer and, for the first time, as a songwriter.Purveying a neo-classical style with an array of influences which range from electronica to minimalism, Arnalds is an artist who draws from a variety of sources whilst maintaining his own unique sound. Since the release of his 2007 debut, Eulogy for Evolution, the26-year-old, has put his name to a variety of projects. Since 2009 he has scored films and TV shows including Another Happy Day, ITVs upcoming drama Broadchurch and the Vanessa Hudgens-starring feature film Gimme Shelter, as well as having tracks featured on the soundtracks to Hollywood hits The Hunger Games and Looper. Hes also released two EPs each composed in a week; Found Songs in 2009 and Living Room Songs in 2011.

Do you want ot get the For Now I Am Winter [LP]?