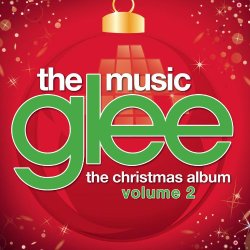 Just in time for the holidays, Glee brings joy to the world with the release of Glee: The Music, The Christmas Album Volume 2. The Glee holiday cheer is spread with the cast's own festive renditions of such Christmas staples as "Little Drummer Boy", "Let It Snow"and "All I Want For Christmas Is You". Especially poignant is the Glee cast's interpretation of Band Aid s 1984 hit "Do They Know Its Christmas?," which raised money to benefit famine relief in Ethiopia and sold 1 million copies in its first week. New cast members, Lindsay Pearce, Alex Newell, and Damian McGinty, from the wildly popular show The Glee Project are featured on "Do You Hear What I Hear?" and "Blue Christmas", along with fellow discovery Samuel Larson accompanying the Glee cast on "Santa Claus Is Coming To Town". Among the 12 tracks on Glee: The Music, The Christmas Album Volume 2 are two original songs "Extraordinary Merry Christmas" and "Christmas Eve With You."