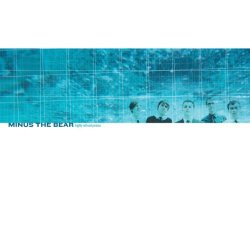 To celebrate Minus the Bear's 10th anniversary, Suicide Squeeze will issue the band's earliest recordings on vinyl. Highly Refined Pirates is Minus the Bear's first proper album. Originally released in 2002, this edition is being remastered from the original tapes, for vinyl, by the legendary Bernie Grundman, the Hollywood-based legend behind many of the industry's landmark recordings. A real chance to hear where this sound started...