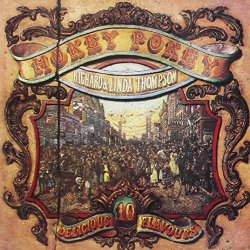 Digitally remastered, "Hokey Pokey" was originally released in March 1975 on Island. This album, along with "I Want To See The Bright Lights Tonight" and "Pour Down Like Silver" form a trio of definitive English folk-rock classics of incredible beauty and stellar musicianship. This edition also includes a pair of previously unreleased live performances captured at the Roundhouse, London on September 7, 1975 and a BBC Radio One session recorded in London on February 11, 1975 for the John Peel Show.

Do you want ot get the Hokey Pokey?