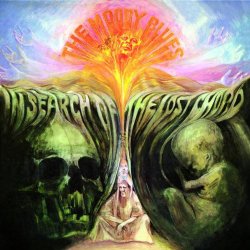 2008 reissue of In Search of the Lost Chord,originally released in 1968, which was the third album by The Moody Blues, and the second to feature Justin Hayward and John Lodge.This reissue features 21 tracks with the 12 originals plus the 9 bonus tracks. The album may be considered a concept album because several of the tracks deal with the theme of a person's search for spiritual fulfillment. Another concept dealt with in the album is the search for a mythical "lost chord," which is revealed to be the mantra "Om" (in the last stanza of Graeme Edge's poem "The Word"). The album peaked at #23 U.S. album charts and in the UK reached #5.

Do you want ot get the In Search Of The Lost Chord?