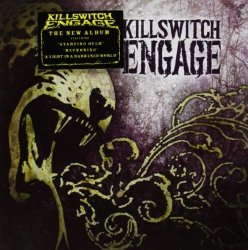 2009 is poised to be another huge year for Massachusetts' own Killswitch Engage. They are currently in the studio with noted producer Brendan O'Brien, working on the follow up to their previous two Gold-selling albums, The End Of Heartache and As Daylight Dies. The band, who appeared on the cover of Revolver's 2009 Preview issue and were praised as having one of the 'Most Anticipated Albums' of 2009 by both Alternative Press and Decibel, have proven to be a force to be reckoned with in recent years, having co-headlined the Ozzfest side stage, The Warped Tour and Taste of Chaos.

Do you want ot get the Killswitch Engage?