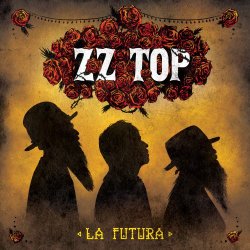 2012 release, the first studio album from the Blues/Rock trio in nine years. The album harks back to the hallmark raw sound of the band's formative years and will, inevitably, be considered a return to form on multiple levels. La Futura, produced by Rick Rubin and Billy F. Gibbons, finds the legendary group infusing the newly recorded work with the electric Blues/Roots approach that typified ZZ Top's earliest work while, at the same time, reaching for new sonic horizons. At its fundament, this is the incarnation of the band whose influence resonates today with such artists as The Black Keys, Jack White, Queens of the Stone Age and many others.