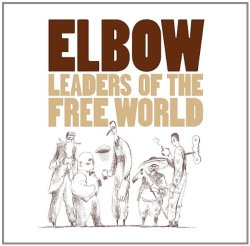 Leaders Of The Free World was recorded and produced by the band at Blueprint Studios in Manchester through late 2004 and the start of 2005 with additional mixing by Tom Rothrock at Sunset Studios in Los Angeles and Marius De Vries at Olympic Studios in London. Leaders Of The Free World is the Manchester indie stars' 3rd studio album which is a completely collaborative project between the band and film-makers/animators/visual artists, the Soup Collective. Features 11 total tracks including the first single 'Forget Myself'. V2 Records. 2005.