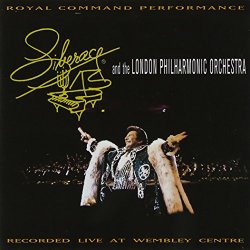 Liberace and the London Philharmonic Orchestra is a two CD set featuring their 1984 performance at London's Wembley Centre. Never released commercially on compact disc, Liberace performs all his favorite numbers with orchestra under the direction of David Snell. It has been digitally remastered from the original 24 multi-track recording. Known throughout the world as Mr. Showmanship, Liberace was celebrated for his spectacular costumes, jewelry, furs and cars, as well as his musical talent. On this CD, you will not only enjoy his playing with this magnificent orchestra, but also the down-to-earth humor of the confident and mature Liberace.

Do you want ot get the Liberace & The London Philharmonic Orchestra?