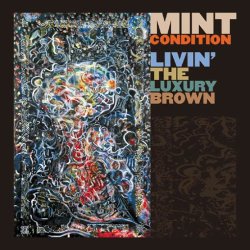 The renaissance R&B group from Minneapolis is back with another classic release! LIVIN' THE LUXURY BROWN is a continuation of the R&B, rock, alternative jazz, hip-hop sound that the band developed in 1989 with their breakthrough album Meant To Be Mint, which included the hit single Pretty Brown Eyes. Mint Condition continued to grow their loyal fan base with songs like U Send Me Swingin' on the album From The Mint Factory and the song What Kind of Man Would I Be, their platinum single from the gold album Definition of a Band. Including their last release, Life's Aquarium, Mint Condition has sold over 3.8 million records. Now, with songs like "I'm Ready", "Look Whacu Done 2 Me", "Whoaa" and "Half Hour", LIVIN' THE LUXURY BROWN will connect Mint to their core base as well as bridge the gap to fans who enjoy other R&B artists such as Alicia Keys, Anthony Hamilton and Raphael Saadiq. New fans will discover that Mint Condition is truely in a class of their own.

Do you want ot get the Livin’ the Luxury Brown?