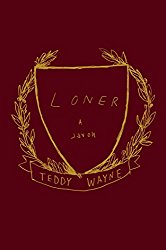 “Stunning—and profoundly disconcerting...a novel as absorbing as it is devastating.” —Kirkus Reviews (starred review) An Indie Next Selection of Independent Booksellers • One of the most anticipated novels of the fall from New York magazine, Glamour, Lit Hub, Boston magazine, The Millions, and BookPageDavid Federman has never felt appreciated. An academically gifted yet painfully forgettable member of his New Jersey high school class, the withdrawn, mild-mannered freshman arrives at Harvard fully expecting to be embraced by a new tribe of high-achieving peers. Initially, however, his social prospects seem unlikely to change, sentencing him to a lifetime of anonymity. Then he meets Veronica Morgan Wells. Struck by her beauty, wit, and sophisticated Manhattan upbringing, David becomes instantly infatuated. Determined to win her attention and an invite into her glamorous world, he begins compromising his moral standards for this one, great shot at happiness. But both Veronica and David, it turns out, are not exactly as they seem. Loner turns the traditional campus novel on its head as it explores ambition, class, and gender politics. It is a stunning and timely literary achievement from one of the rising stars of American fiction.