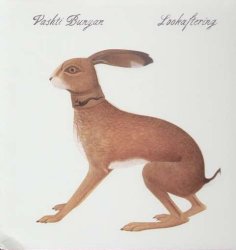 Much has been made of Vashti Bunyan's 1969 unheard-at-the-time Just Another Diamond Day. Produced by Joe Boyd, it featured the singer and songwriter backed by a small string quartet. Discouraged by the sleazy ethics of the music biz, she retired and concentrated on raising a family, gardening, and other productive matters. The set was re-released on CD in 2000, and has been rightfully heralded as a classic by virtually everyone who has heard it. Sought out, she re-entered the arena, worked and collaborated with Devendra Banhart and Simon Raymonde, and was the featured vocalist on Animal Collective's fine Prospect Hummer EP. Thirty-six years later, Lookaftering, Bunyan's second album, was released by Fat Cat. Produced by post-classical composer and atmosphere impresario Max Richter -- who co-arranged the set with Bunyan -- it features many of her collaborators, including Banhart, Joanna Newsome, Adem, Adam Price, Robert Kirby (who arranged the strings on her first record as well as Nick Drake's albums), Otto Hauser, and Kevin Barker (Espers/Currituck County). This is not just some neo-acid folk gathering of the stars, however. Bunyan's voice and songs are always center stage, and Richter's production is always subtle, creating suitable, unintrusive backdrops for that magical sound that comes from her mouth to slip from the ether into sound. There is a slight bit of quavering in her grain now, but it's beautiful as ever. Where Just Another Diamond Day concentrated on living an idyllic life as a part of nature and creation itself, Lookaftering is a tale of doing just that, looking after children, lovers, friends, surroundings, and the changes in life like living and dying. Her melodies are delicate, inviting, and delicate without the least bit of twee posturing. Richter's restraint in adding the right touch of piano and glockenspiel here, the precise use of recorders there, and Newsome's harp playing all slip and shimmer in the backdrop as Bunyan's voice and fingerpicked guitar walk softly through her songs. On "Wayward" she sings, "Didn't want to be the one, the one who's left behind/While the other one goes out to life and comes back home to find me...I wanted to be the one with road dust on my boots/And a single silver earring and a suitcase full of notes/And a band of wayward children with their fathers left behind," but in either sense she finds "world without ending." There's no regret in these songs, just the acceptance of life on its own terms, and the magic found therein. Lookaftering is indescribably beautiful, whether the setting is a Fender Rhodes or harp and dulcimer such as on "If I Were," kissed by sparse strings, or the recorders and guitars that frame her voice in their center, singing about the process of living, asking questions, and being content to live in between. Lookaftering is a gorgeously considered, stunningly and sensitively crafted album by an artist who is truly outside of all fashion, all time, and even space. Without the technological trappings, this album, timeless and spaceless as it is, could have been made 300 years ago, but that it was made in the 21st century blesses you even more. It's simply unlike anything else out there -- except perhaps Just Another Diamond Day. What a welcome return. Though her collaborators dream of making recordings this pure, full of whispery strangeness, and unselfconscious charm, Bunyan is as singular and out-of-the-box an artist as there is. Welcome back. ~ Thom Jurek, Rovi

Do you want ot get the Lookaftering?