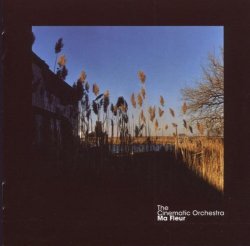 2007 release from Jason Swinscoe's Cinematic Orchestra, their first since 2002's Everyday. Ma Fleur was written as the soundtrack to a specially commissioned screenplay for an imagined film (which may or may not yet be made). Swinscoe recruited suitable vocalists for the atmospheres and themes he wanted to deal with including the remarkable Fontella Bass, Lou Rhodes and Patrick Watson. Swinscoe then filled out the arrangements with the band and assistance from his old collaborator, bassist Phil France. As a final part of the process from the achingly beautiful opener "To Build a Home" to the finale, "Time And Space," this is an album which reaches for and finds a truth and honesty far beyond what we would normally expect from such a record. Ninja Tune.

Do you want ot get the Ma Fleur?