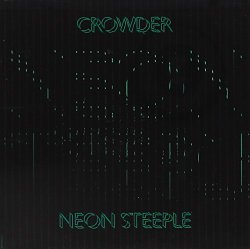 After taking a year off, David Crowder is back and ready to release the all new album NEON STEEPLE. Simply known as Crowder, he describes the new music as folktronica, or a mixture of acoustic sounds and electronic beats. Crowder will also be hitting road with a headlining tour kicking off in the Spring. Crowder was previously the frontman of David Crowder*Band who delivered their final album 'Give Us Rest or (a requiem mass in c [the happiest of all keys])' to a stellar #2 debut on the Billboard Top 200 Chart in January 2012. It marked the end of the era that brought songs to the church like 'How He Loves,' 'O Praise Him,' 'Everything Glorious,' 'No One Like You,' and many more. The group released 6 albums, selling over 1.3 million albums while winning 8 Dove Awards and receiving two GRAMMY nominations.