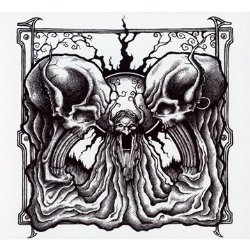 Deluxe two CD digipak tour edition includes three cover versions as bonus tracks. 2010 release from the Finnish Folk Metal band. Fifelvind is a storm of old-world-laden, Folk-rooted Black Metal that was recorded at Sonic Pump Studios in Helsinki. The album remains true to the Fintroll mythos and ethos: according to the band, it is the most advanced and mature Finntroll album to date, with musical themes ranging from powerful Death Metal riffs to dark soundtracks, from pounding Black Metal to groovy '80s Pop music. Finntroll state 'this album is a celebration of those myths, some new some ageless. Some true, some complete nonsense. That is the nature of folklore. Under every root and stone lays a story heard but untold.' Century Media.

Do you want ot get the Nifelvind: Tour Edition?