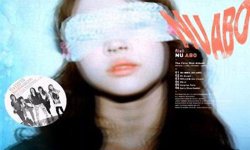 f(x) Mini Album Vol. 1 - Nu Abo* Language: Korean (Imported) * Release Date: 2010-05-06 * Genre:K-Pop * Number of Disc: CD1 * Label: SM EntertainmentSM Entertainment's new girl group f(x) blows a kiss to fans with their anticipated first single Chu~♡. After lighting up online charts with their digital debut single Lachata and CM song Chocolate Love, the girls make their CD debut with this addictive Europop dance number. The fairy tale-like song is about a girl who wakes up from slumber after receiving a kiss, and is filled with curiosity and expectations of the world. The "chu" sound is repeated often in the song, giving it an extra cute and catchy bounce. The single album also includes the new numbers Step by me and You are my destiny.Touted as "Asia's Pop Dance Group", f(x) is formed by five members: 22-year-old Chinese leader Victoria who starred in the music videos of SHINee's "Noona Is So Pretty" and Super Junior M's U; 16-year-old power vocalist Luna; 16-year-old Chinese-American rapper Amber, who has attracted a lot of attention for her androgynous beauty; 15-year-old cutie Sulli, who previously appeared in Seo Dong Yo, Ba:Bo, and Punch Lady; and 14-year-old Krystal, who is the younger sister of Girls' Generation's Jessica. The use of a variable for the group's name alludes to the members' varied talents and ability to succeed in Korea and overseas. In addition, the "f " stands for "flower", and the "x" refers to the female chromosome.CD01. NU 예삐오 (NU ABO) 02. Mr. Boogie 03. 아이스크림(Ice Cream) 04. ME+U 05. Surprise Party 06. Sorry (Dear. Daddy)

Do you want ot get the Nu ABO?