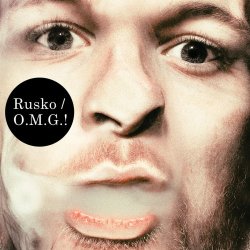 The debut from this UK producer could well be the first crossover dubstep album! After cutting his teeth with partner CASPA he released the breakthrough track "Cockney Thug" that brought him attention from everyone from PETE TONG to DIPLO. Diplo then signed him to his own MAD DECENT label. From then on he started remixing the likes of THE PRODIGY, LITTLE BOOTS & KID CUDI and appeared on the MAJOR LAZER & LA ROUX mixtape. But by far the biggest thing on Rusko's resume is his production of four tracks on the new M.I.A. album. "O.M.G.!" is a dream mix of bass heavy dubstep with US Urban sounds as well as the exciting in the mix of sounds just called "UK Bass Music". Guest stars galore incl. AMBER COFFMAN (of DIRTY PROJECTORS), newly freed rap star GUCCI MANE, CROOKERS, hot UK producer REDLIGHT and more!

Avengers: Age Of Ultron
Our Love
Crazy Life
This Land Is Your Land: The Asch Recordings, Vol. 1
Live At The Cellar Door (180 Gram Vinyl)
Teatro