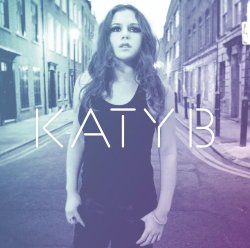 With her combination of natural pop sass and a uniquely powerful voice, Katy B is ready to take the U.S. by storm with her first album On a Mission. At the young age of 22 no one would expect the singer-songwriter to come out with such a powerful debut. From London comes a girl passionate for dance, songwriting and singing. Combining the rhythms of a currently resurgent UK underground club scene with a song writing ear for the vernacular and songs that celebrate being young, staying up far too late raving and falling for the wrong boys, she s a fresh new pop star.The press just can't stop raving about her. Rolling Stone selected Katy as one of their "Artists to Watch" profiling the young singer's unique musical sound, while The New York Times states "her soft voice turns a challenge into seduction". Pitchfork agreed by saying that Katy is "...a genre-spanning pop singer who isn t tied down to a single thing".Katy B made her U.S. live debut in New York City on June 6, 2011. CosmoGirl raved of Katy's recent debut: "Just like Katy Perry and Lady Gaga, Katy B's songs are so good you won't be able to get them out of your head. It may not be long before she joins these artists on the top of the charts!"