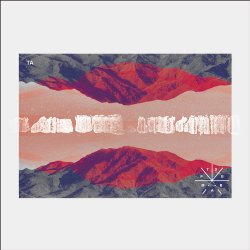 Touche Amore are a thought provoking, passionate hardcore/punk band from Los Angeles, California. From the first strikes of their angular yet melodic chords, it's apparent that Touche Amore have awoken something long forgotten in the hardcore/punk genre. Bringing to mind the balance of rage and melody that 'Revolution Summer' era DC bands Rites of Spring and Ignition once carried. Within each song they build an awe inspiring musical tension while impassioned vocalist Jeremy Bolm's shouts resonate, ripe with intellectual introspection. This collective outpouring of traditional hardcore anger and emotional hardcore openness ultimately coalesces into something beautiful, vulnerable, and refreshingly real.Shortly after their formation in late 2007, Touché Amoré released their demo 7inch EP on the No Sleep label. After touring the West Coast in support of that release, they recorded their debut album '...To the Beat of a Dead Horse' in early 2009. The album was co-released by the 6131 and Collect (Geoff from Thursday's vinyl only imprint) record labels, and was praised by kids and press worldwide as one of the best releases of the year. Soon after, they hit the road with a wide variety of bands including Converge, Coalesce, Thursday, Envy, and more. On the heels of these travels, Touché Amoré even managed to release a number of EPs, including splits with friends La Dispute and Make Do And Mend. Deathwish are proud to announce the release of Touche Amore's latest album, 'Parting the Sea Between Brightness and Me'.