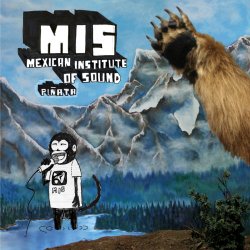 Following the success of last year's debut "Mejico Maxico" is this infectious pastiche of electronica, dub, cha cha, and other musical surprises. Guests on "Pinata" include members of Tom Tom Club, Cornelius, and Babasonicos. In the past year, MIS received widespread acclaim from Spin, the NY Times, and Urb, as well as radio support from such tastemakers as KCRW (LA), Indie 103 (LA), KEXP (Seattle), and KUT (Austin). The band's music has also been featured in other projects including "Ugly Betty", in Dos Equis' national advertising campaign, on multiple soundtracks, and on the upcoming EA Games release "FIFA 2008".